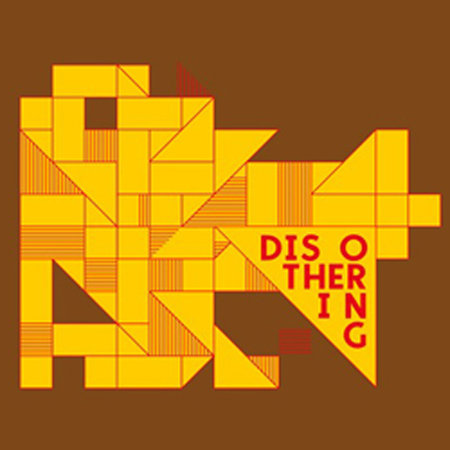 In the course of its 25 years of work in developmental cultural work, kulturen in bewegung can trace its own history of growing and learning as an arc between several large international projects. This process of growing and learning emerged unconsciously in the beginning and over time became a conscious process of reflection and a concomitant change in one's own attitude towards issues such as representation, power politics and the Eurocentric perspective on cultural work.

More to Dis-Othering – beyond Afropolitan & other labels

Since January 2012, kulturen in bewegung has been one of the partners of the EU project "Strengthen Creative Cooperation" (Europeaid) in Austria. The aim of the project is cultural exchange and networking between so-called "local authorities", NGOs and youth culture groups from the South. The project will be carried out in Austria, Bulgaria, Denmark, Germany and Slovenia. Together with the partner organizations, joint annual campaigns are carried out on MDG topics such as poverty reduction, IV/AIDS, social integration, and others.

In cooperation with school initiatives, event organizers, cities and municipalities (in Austria the municipality of Langenlois) and NGOs, the project communicates topics relevant to development policy through tours of youth theater groups. The groups are all socio-cultural projects from South Africa, Uganda, Kenya, India, Cambodia, and other countries. By means of "peer learning" the life worlds of the young people come closer together.  The young people from the South convey to the young people in Europe that it is possible to contribute to the development of self-confidence and new perspectives through creative and cultural activities.

In May/June 2012, the group Shangilia Mtoto wa Africa visited Austria. Shangilia Mtoto wa Africa means something like "Rejoice, Child of Africa." Behind the name is a project that came about in 1994 when actress Anne Wanjugu was making a film with street children in Nairobi. She was fascinated by the acting talent of these children. So she quit her acting job from one day to the next and dedicated her life to the street children of Nairobi. What started out as 17 children she gave a home to has now grown to 230 children. The street children project is located in Kangemi, a slum area in the west of the city. Shangilia consists of a home and a school. Important for the work of the project are the theater, music and acrobatics groups, which can perform in their own theater. The cultural work gives the children self-esteem and self-confidence - and the performances are intended to raise awareness of the problems facing street children in Kenya.

In addition to a one-week stay with host families in Langenlois, the group toured Austria with a program consisting of a lively mixture of circus acts, traditional dances and modern songs. In addition to numerous performances, the children and young people offered workshops at youth centers and schools, in which they not only thrilled the participants with human pyramids, juggling, balance numbers and acrobatics, but also provided insights into their living environment in the slums of Nairobi.

The girls' youth theater group EncontrARTE spent 15 days in Austria in October 2012 as part of a residency organized by kulturen in bewegung/VIDC. The young girls are involved in a socio-cultural youth project in their home in Ciudad Quetzal/Guatemala City, in which they try to develop strategies against structural violence, which they are confronted with in their daily lives, by means of cultural activity. Through joint creative activity, they draw strength and motivation to confront the prevailing problems. A total of 6 workshops at schools and 7 school or public performances were realized in Vienna, Lower Austria and Salzburg.

In the play Creacion Colectiva, the group impressed with excellent acting. The play illustrated the repressive measures to which the young girls are subjected and the actresses created a pictorial arc of scenes that got under the skin and caused consternation in the audience. The girls thus contributed to raising awareness of women's political issues in a way that was effective for the public: Topics such as violence and abuse were relentlessly portrayed in the play and thus de-tabooed. In addition to the depressing scenes, however, exit scenarios were also developed and shown: The project itself, with its focus entirely in line with the title of the theater production Creacion Colectiva, i.e. on "creating together," was thus able to convey very well how the group succeeds in opposing grievances through strong cohesion and solidarity. In this way, they conveyed - especially to young people - what "power" an active, artistic confrontation with one's own life situation can develop and contribute to a self-responsible and self-determined way of life for women and girls.

With their performances and workshops, EncontrARTE succeeded in communicating worldview to young people here in Austria and encouraging them to rebel against (structural) violence. The audience was invited to critically question the alliances and solidarity in their own lives. Girls and other audience members and workshop participants were taught that the so often practiced retreat into loneliness in the face of violence and discrimination is hardly able to bring about change and that the exchange and joint discussion with like-minded people can often bundle much more forces to improve life situations.

In the audience discussions and conversations (with translation) scheduled after each play, questions could be asked by the audience and further exchange could take place.

The workshops offered a vivid insight into strategies for consolidating this cohesion through joint artistic creation: Together with school classes, the girls prepared a "Comparsa", a kind of carnival parade with theatrical elements. The goal of the workshops was to motivate joint art actions by means of creative participation and the joint preparation of materials in the context of an open creative workshop. In addition to body and breathing exercises to get in the mood, the production of flags, masks and magic wands, and the actual implementation of a small procession in the respective school, verbal communication for the exchange of ideas and impressions was not neglected.

For both projects, kulturen in bewegung/VIDC had already produced folders in advance and sent them to the schools and venues, so that the school classes could prepare themselves for the topic, or the theater visitors could read up on it and do some research. The folders offered short country introductions as well as information on the activities of Austrian Development Cooperation, the play and the projects. Furthermore, teaching materials on MDG topics are produced within the framework of "Strengthen Creative Cooperation". Teachers' manuals and teaching materials on poverty reduction and peer learning are available for free download in several languages on the project website.

In 2012, almost 10 years ago, kulturen in bewegung started the EU project Strengthen Creative Cooperation as a partner organization together with Bulgaria, Denmark, Germany and Slovenia within the framework of the Creative Europe funding program. The aim of this project was cultural exchange and networking between so-called "local authorities", NGOs and youth culture groups from the so-called global south. In cooperation with school initiatives, organizers, cities and municipalities (in Austria the municipality of Langenlois) and NGOs, the project communicated topics relevant to development policy through tours by youth theater groups. The young people from the South conveyed to young people in Europe that it is possible to contribute to the development of self-confidence and new perspectives through creative and cultural activities. The invited groups brought their different cultural expressions and the diversity of cultures to the schools and to the young people. This project was one of the triggers for kulturen in bewegung to look more closely at the issues of representation and empowerment and to examine its own position and attitude more intensively and, above all, more critically. On the one hand, kulturen in bewegung has always been concerned with using art and culture as an educational resource; on the other hand, especially in the context of development cooperation, it must be asked who is using which resource, by whom, and for what reasons. This must be openly stated and reflected upon. In doing so, it is inevitable to critically confront hegemonic representational politics and the Eurocentric view of art and one's own actions in this field of tension and to reflect on one's own (power) position as well as the system in which one is active.

From 2017 to 2019, kulturen in bewegung was part of the EU project Dis-Othering - beyond Afropolitan & other labels was to deal with these questions structurally and artistically. The aim of the project was to propose a new concept in which social identity construction is not based on the construction of the "other" but through projection onto the self. It was about acknowledging and embodying the fullness of the variables that make us up. The project involved reflections on the methods used by society and institutions to construct and cultivate "the other" through roundtable discussions, symposia, performances, exhibitions, a festival, and a "mapping of diversity in European cultural institutions. The focus was on the process of commercialization of the "other" and the accompanying forms of paternalism found in the cultural sphere. Since then, kulturn in bewegung has tried to use the focus initiated by this project as a common thread in all of its projects, such as Fem*Friday, Lalala - Concerts for Children and cultureXchange. Thus, it is clear that the critical postcolonial approaches as well as the attempts to reconceptualize attitudes from a single project through the critical reflection of kulturn in bewegung with itself also had (had) an impact on the continuation of its own work in other projects. From this it can be deduced that critical cultural work in the context of development cooperation (can) influence and transform not only the audience and its perspectives on social coexistence, but also the actors involved as well as institutions and their worldviews. An amazing achievement of art! Since 2020, our new EU project Smashing Wor(l)ds: Cultural Practices for re/imagining & un/learning Vocabularies is now underway and aims to create a multidisciplinary platform for inclusive dialogue between different life practices, histories and voices in order to reduce social and cultural marginalization. This will involve questioning cultural practices and creating future vocabularies that inspire inclusion, collaboration, and transformation. The project will artistically shatter words of inequality and worlds of exclusion, producing a variety of narratives against racism, homophobia, and nationalism. Work on decolonizing curatorial practices and institutions has been ongoing for some time, but focusing on inclusive vocabularies is timely. The goal is to make visible perspectives of marginalized groups such as refugees, migrants, collectives from diverse backgrounds, and feminist queer communities. This is intended to create public awareness as well as develop inclusive forms of communication.

It can be seen that kulturen in bewegung wants to go one step further with this project: from initiating a process of reflection to a concrete anti-discriminatory practice that also has the language to be further communicated and understood.