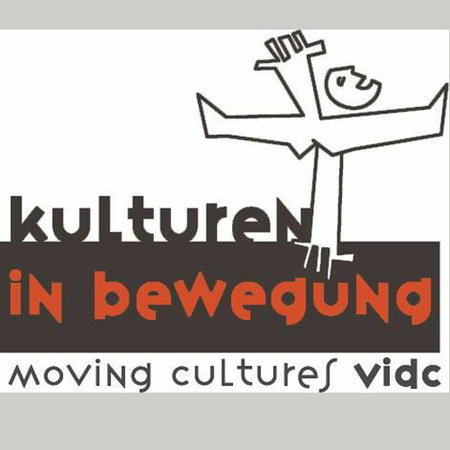 The occasions for such cooperation and networking have varied over the past two and a half decades; from large, historical events to small spontaneous occasions, everything has been there. One of the goals has always been to design projects that primarily convey values rather than knowledge. Especially the large projects were always an interplay of many contributors, without whom our projects would not have had the quality they had. Over the past 25 years, we have had the privilege of meeting and working with many exciting people - kulturen in bewegung would not be where we are today if we had not repeatedly networked with great people and organizations in cooperation for a common future of solidarity.

What began in 1996 with the three-week Sura Za Afirka festival, namely breaking down stereotypes about the African continent through a lively arts and culture program, was successfully continued in 1998 and 1999 with the Moving Cultures Sunsplash Festival in the legendary Wiesen. World music and reggae came together at this festival to wake Austria up from its slumber with music from all directions accompanied by an educational program. These innovative projects could only be realized through the courageous and cross-border as well as cross-sector cooperation of many people.

In 2003 the Moving cultures Festival took place in the Bohemian Prater. The aim was to bring together the hitherto marginalized group of
migrant cultural workers into the program and to enable visibility. The value of cultural diversity was to be emphasized through music and artistic performances. kulturen in bewegung worked closely with representatives of the district and with migrant cultural workers. A program was conceived that emphasized equality, justice and solidarity in artistic expressions and reflected musical developments in migration. Through the multifaceted cooperation of a wide variety of actors*, the festival was able to reveal completely new perspectives on global and local coexistence.

In any case, major sporting world events such as soccer world championships are also counted among the great occasions. Thus, the VIDC, the three departments kulturen in bewegung, fairplay and Global Dialogue in cooperation with the Africa Networking Platform (AVP) and the Austrian Development Agency (ADA) as well as more than 100 national and regional partners initiated and coordinated the Austria-wide focus Ke Nako Afrika - Afrika Jetzt on the occasion of the first World Cup in Africa in 2010. The interest in Africa during the World Cup was to be used to show the continent in its diversity. And so art and culture entered into a dialogue with sport and politics and new worlds of experience were able to emerge. For example, there were workshops with a South African vuvuzela expert who instructed interested people at the University of Music and Performing Arts (Ipop Institute) in the art of playing the vuvuzela correctly and in tune. The goal was to found a vuvuzela orchestra that provided South African flair and atmosphere during the World Cup. In Innsbruck, a concert was even worked out together with a local music band.

In 2014, the next World Cup in Brazil was the next major event at which kulturen in bewegung, together with the other VIDC departments, was able to present a variety of perspectives as part of the Nosso Jogo initiative. For several days, Vienna's Karlsplatz was transformed into the Arena Brasil, with various workshops ranging from capoeira to forro, literary matinees and a musical program on a large stage. Under the motto Viva diversity - human rights first, the event tried to convey a differentiated image, beyond common stereotypes, on the one hand, and to give visibility to the topic of human rights at global mega sporting events on the other.

After the Arab Spring in 2011 and the so-called "migration crisis" in 2015, the topics of migration, flight and integration came even more into focus through artistic cooperation and the Syrian Links project was launched. Syrian Links was an intercultural project that brought together artists from Syria living in Austria or who had fled to Austria, as well as Austrian artists, and initiated an artistic exchange. The resulting synergies were presented at joint performances. Artistic creative processes were initiated and Syrian Links became a kind of networking and information platform for Syrian artists in Austria. In its function as a service center, kulturen in bewegung mediated engagements, established contacts, facilitated networking with the local art scene and thus helped artists to integrate into the Austrian cultural scene.

In all the major networking and cooperation projects over the past 25 years, the cultural approach has often oscillated between an attributive and a reflective dimension. It was precisely the collaboration with different people, their criticism, input and support, that also allowed our awareness of our role in the cultural scene to grow. From each networking and/or collaborative project, we were able to learn things that we were not aware of before the collaboration. kulturen in bewegung has also grown from the joint work and conceptualization and we are looking forward to further exciting projects with exciting people.