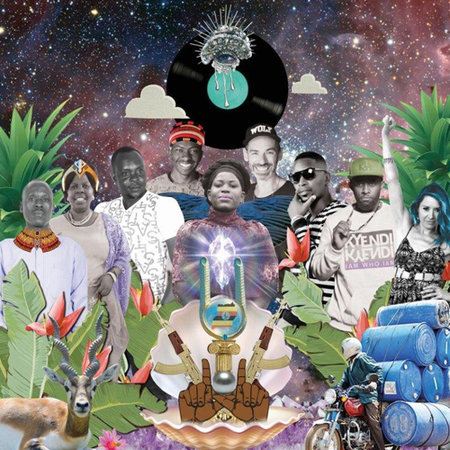 In the music of Amadinda Sound System, the sound of analog, traditional instruments and the sounds of technological musical tools flow together. A new musical dialect is spoken here.

Behind it are musicians who are trying to think a common utopia. A utopia that can already be foreseen today, if one considers the emergence of new cultural and economic metropolises in recent decades.  Music from the periphery of the political world pushes into the middle of the consciousness of globalized people.
The Amadinda, a Ugandan variation of a xylophone, is known for its highly characteristic playing style, in which cyclic tone figures interlock in a staggered fashion. The Amadinda Sound System combines the traditional Ugandan sound with modern urban and club music. Initiated by the NGO kulturen in bewegung, Austrian musicians meet protagonists of Uganda's music and dance and hip hop scene in Kampala.