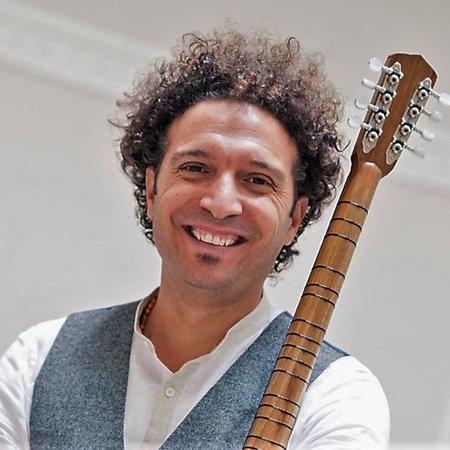 Salah Ammo's music is inspired by the diverse millennia-old traditions from north-eastern Syria and combines oriental and occidental music. He sings in both Arabic and Kurdish and plays with the different genres.

Since his arrival in 2013, he has been the driving force behind numerous projects between Syrian and Austrian musicians. Among them is his latest project DD-Band. Life, but also music, changed due to the new environment in Europe and Austria. With DD-Band he reacts to these changes.

Salah Ammo works on a regular basis with kulturen in bewegung since 2013, for example 2020 Culture X Change #Kurdistan