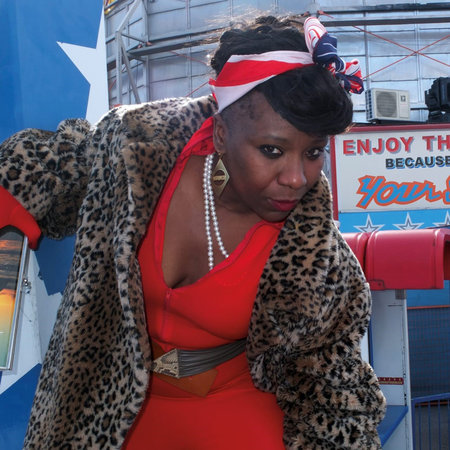 Elisabeth Bakambamba Tambwe (DIG UP Productions association) has lived and worked in Vienna since 2005. She was born in Kinshasa (Democratic Republic of Congo) and grew up in France, where she studied art. The reflection of her art is based on organic architecture and her choreographic work is essentially oriented towards the sensitive, respectively fragile dimension of the body. The focus of her work is the ongoing critique of the concept of normality, which she perceives as tyrannical and degrading. Her productions have already been presented at the Wiener Festwochen, Impulstanz Wien, Tanzquartier Wien, WUK, Steirischer Herbst or the Donaufestival Krems. As a performer, she collaborated with Robyn Orlin for various film projects and choreographic processes. She has worked with Serge-Aymé Coulibaly, Faustin Lyniékula, Oleg Soulimenko, Claudia Bosse and Monika Gintersdorfer, among others. In 2017, she set up the art and project space "Château Rouge" in Vienna Meidling (Rotenmühlgasse/corner of Schönbrunner Schloßstraße), which she has been running since 2018 and whose name refers to the African-influenced Parisian district of the same name.

Elisabeth Tambwe presented at Forum Fair Culture video excerpts of her art work. She also participated with a performance at Kenako Africa 2010 and had a exhibitions of her art work at VIDC.