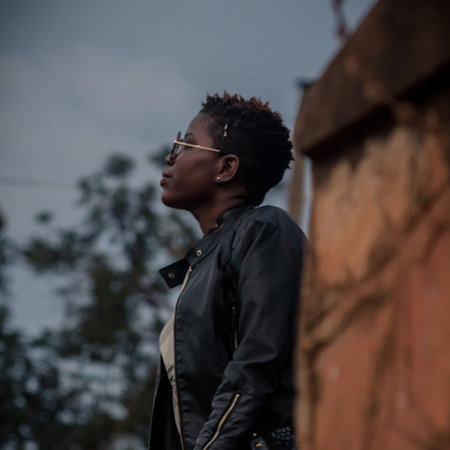 The rapper, singer, songwriter and actress Tushi Polo from Uganda wants to inspire people and especially the young generation with her music. She raps about topics that are important for both young and old, but are often ignored in everyday life. Tushi Polo's musical career began in 2014 when she won the End of the Weak Uganda competition as the first female hip-hop artist. She performed with US rapper Chozen Destiny on his track System Interruption. Tushi Polo's collaboration with Austrian musician and producer Wolfgang Schlögl aka I-Wolf began with the project Amadinda Sound System initiated by kulturen in bewegung, which was featured live at ImPulsTanz 2018.

Tushi also serves as an anchor on the already award-winning show NEWZ BEAT, where she raps news. She also frequently performs at various festivals such as Bayimba - International Arts Festival, End of the Weak and LaBa Arts Festival.