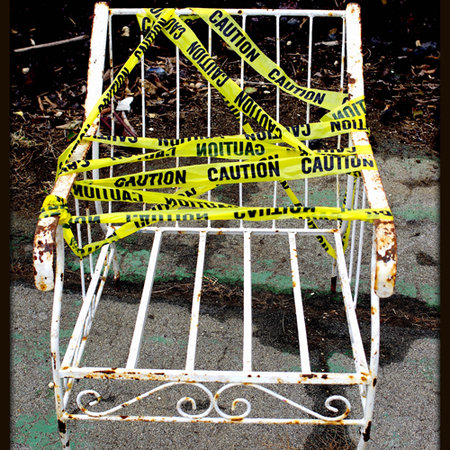 Now that power is shifting like a compass, forcing us to re-adapt, we are likely to chart a new course post Covid-19, from the ‘PhilantroCapitalist”, seeking a vaccine to save the world, to world leaders trying to dismantle years of systemic oppression and the obvious state of disparity between the Global ‘North and South’

My first experience with a virus was during an outbreak of ‘Kólí’ (Newcastle Disease Virus in Yoruba), in my mother's poultry in Ibadan in 1981. She had been rearing her chickens in preparation for that year's Easter holiday demands. I watched her, in her despair, as nearly all the birds died. I was just 4 years old at the time, but I did notice the care taken to dispose of the carcasses. Unbeknownst to us, there had been an outbreak of the avian virus in the city of Ibadan and many poultry farmers were impacted by this.

Then at the age of 7, I had chickenpox, and shared the experience with 3 of my siblings. My younger sister and older brother caught the virus at the same time I did, from my younger brother, who contracted the virus from his best friend Yé. Their bond was so deep, that whatever Yé had, we all had. After the chickenpox, we also caught measles and we had to somehow draw the line on this friendship, when my younger brother returned home after this, with mumps!

At the time, we were living in a neighbourhood, just behind Òní and Sons’ Children's Hospital. I remember vividly when we had chickenpox, my parents isolated us on the verandah to suffer privately the indignities and the incredible itch which came with the virus.

They allowed in only the fresh air streaming through the red brick vents covered by mosquito netting. We were covered from head to toe in a mix of calamine lotion and gentian violet. While this alleviated the discomfort, it also mitigated a further spread to our friends and schoolmates until the virus ran its course. We were shielded away from prying eyes, watching the world go by, mainly listening to the sound of wind rushing through the casuarina trees in our compound.

Prior to  limbo, I was introduced to the teachings of the contemporary apostle of mindfulness, Thich Nhat Hanh, from whom I made a mindful discovery of the concept of the state of neutrality, According to his teachings, the feeling is neither pleasant, nor painful, coming to the fore while we sit motionless, in this state, we become aware of all emotions that have been ignored, when we were busy doing other things.

In the middle of limbo, I began confronting some of the emotions I had ignored while doing other things, for example the role of artists in the age of globalisation; Yayoi Shionoiri opined, during a recent Instalive session, that the global Covid-19 pandemic is proving that artists are not outside the system. Beyond thinking about the aesthetics of pre/post- Covid-19, I am also thinking about the structures supporting artistic practice in Nigeria, the lack of safety nets for the majority, especially for artists at a critical time such as this. On a conscious level, the lockdown has provided room for a much needed reconciliation of social hierarchies; as we socially distance, as recommended by the WHO,... 6 feet apart, the virus pushes us to think about our 6 degrees of separation.

Looking out the window, while sitting and deliberating, I noticed a male figure just right behind the palm trees, pacing around the veranda in an angular white house. He was simulating movement, like a host of other Lagosians who feel trapped during the COVID-19 lockdown. He appeared to be using a sense of motion to exercise, or perhaps to counter the feelings of disorientation felt from prevailing uncertainties. However, many more are on the streets, despite the lockdown, soliciting for food or money to counter the disruptions to their daily source of income.

In trying to make meaning of this global pandemic, humanity is swooping in, confronting the starkness of needs. On the streets of Lagos, man must first survive hunger before he begins to confront the virulence of the virus; the dis-privileged, who rely heavily on daily wages, just want at least a meal per day . On the streets of London and New York, many also desperately search for and stockpile toilet paper. In a way, basic needs, even though universal are relative in their priority. In dealing with the resultant socio-economic effects of the virus, we must also confront the geopolitics of inequality, the evident failings of capitalism, and the limitations of structures, when there is a glitch in the system.

Within our different local realities,we have come to an awakening that our needs are far less than what we had earlier imagined. The late Obafemi Awolowo, in his autobiography ‘ My Early Life’, has alluded to the fact that until western civilization began to make its inroad into African societies through colonization, the people did not require too much exertion to provide food, shelter and clothing in these societies.

In our state of bafflement, especially during the lockdown,we are learning new terminologies such as ‘herd immunity’, ‘contact tracing’ and ‘social/physical distancing’; with the breakdown of the fabric of certainties, vigilante groups secure neighborhoods across the city of Lagos, as anarchy threatens to reign.

In unison, hundreds of residents ward off the invasion of the ‘One Million Boys’, further highlighting one of the less obvious merits of unstructured societies.

Now that power is shifting like a compass, forcing us to re-adapt, we are likely to chart a new course post Covid-19, from the ‘PhilantroCapitalist”, seeking a vaccine to save the world, to world leaders trying to dismantle years of systemic oppression and the obvious state of disparity between the Global ‘North and South’,  the evident performative acts of kindness across  media platforms, heighten the disparities between the haves and the have nots; so, while we wash our hands, we also try to desperately wash our conscience from many years of active neutrality.

Jumoke Sanwo is a Storyteller and Cultural Producer from Lagos Nigeria.
She is the creator of Lagos at Large a VR Film and Ode to the city of Lagos. She is also the creative director of Revolving Art Incubator an alternative art space in Lagos.